Magic means different things for different people. My understanding about what it is magic, as a performing activity, has changed throughout the years and it is still changing. I have the feeling that there is something more in there and I have to dig deeper. Not that I pretend to change no one’s life, but I would like the things…

APRIL 2015 EXTRA:
WE MAGICIANS SHOULD BE TRULY ASHAMED OF…

When talking about Magic or Illusionism the first name that comes to mind to lay people is this guy…   Yeah, posterity is not fair, but maybe we should not pass up the chance to comment a few things about the guy like, although he was a great escapist and the best showman, he was actually a very mediocre illusionist.…

APRIL 2015:
SOME THOUGHTS ABOUT CLARITY AND CONFUSION IN MAGIC

Clarity is without a doubt a goal that our magic should aim. Ultimately, clarity means putting things easy to the spectators so they can fully focus and rejoice in the magic and not get lost along the way, just the opposite to confusion. To me is not always clear what we mean when we talk about clarity because there are…

MARCH 2015 EXTRA:
WHY “CLOSE-UP MAGIC CONTEST” ACTS ARE NOT MEANT TO BE SEEN FROM UP CLOSE ANYMORE?

The message in this little article is like the counterpoint or the complement to the one where we discussed about how our repertoire talks about us, how it is (or should be) a part of what we are. In a way, the identification with our repertoire works in our favor, because it helps us make it unique and authentic; but…

FEBRUARY 2015 EXTRA:
ON THE PROPER USE OF STOOGES IN MAGIC 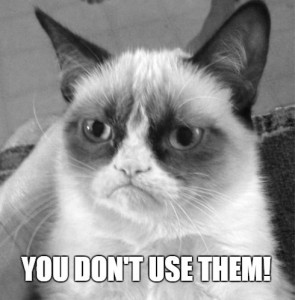 “Anytime magic is performed, whether it is on stage or in an informal setting with friends, it is the performance of a piece of theater. In an informal setting the audience might not readily recognize it as such; nonetheless, the ingredients that makes theater are there. Should what do you fail to contain the elements of good theater, your work falls under the definition of theater, but in this case it is simple bad theater. Nonetheless, theater is inescapably is. Whether you like it or not, whether you are interested in it or not, good theater or bad, it always be theater.”

These words come from an artist I admire and respect a lot, Jacobus Maria Bemelman, best known as Tommy Wonder (1953 – 2006).  To me he is one of the most relevant figures in magic in the last forty years. His Books of Wonder volumes are among my most precious possessions.

I would say that magic is not a theater play (I do not think Tommy mean by the way), I rather say that a magic performance is a very particular and unique form of theater. But let’s discuss this from different points of view.

If we look at it from a puristic point of view we can state that a magician it is not an actor and he does not (or should not) play a character but interpret his own personality (more or less distorted). We could say that because it is true that when the magic is “theatricalized” or dramatized it easily loses much of its impact (this actually can happen anytime you mix magic with anything, like comedy, music or storytelling).

We can look from the other way and say it is OK to enhance other aspects of a magic performance at the expense of weakening the magic effect. I think we could do that but at least we should do it consciously measuring the balance of what it is gained and lost, never weakening the effect because of our ignorance. However, I am not addressing that topic in this article.

The truth is I don’t know which are the boundaries that define what purely belongs to magic or not. But I know our magic may lack of strength, interest, memorability and quality in general if we do no take advantage of dramatic structure, good scripting, suspense and intrigue, element disposition on the stage, information dosage and many others resources that are closely related to what we understand as theater (and I think that’s more likely what Tommy Wonder meant).

In this article I would to talk a little bit about dramatic structure, not from a theoretical point of view but analyzing and discussing about the structure of some routines.

We magicians use a structure constantly while presenting our magic, we could call it the Basic Structure and it looks like this:

This structure does not present any conflict (as an interest and action generator) but the one inherent to any magic act, “the magic conflict” in Pepe Carrol words (see article «Conflicts» by Pepe Carroll in his wonderful book «52 Lovers«), which is the spectator’s natural resistance to witness something impossible.

I think magic can engage more our audiences and even increase its impact by exploring the possibilities of richer dramatic structure. One example of that is Dai Vernon’s “Matching the cards” routine, I think the dramatic structure of this classic is almost perfect.

In Dai Vernon’s words this is one of the greatest routines one can perform with a deck of cards. To me this routine is a clear example of a whole that it is more that the sums of its parts (“Matching the cards” routine >>> Localization + Transformation).

The Turning Point or Plot Point it is actually a concept from scripting and it is defined as a significant event within a plot that spins the action around in another direction. In this case the Turning Point is manifested as an Apparent Failure (in Arturo de Ascanio’s nomenclature), I believe it is this very complex and still unexplored concept. What if the audience do not buy the mistake? Do we want the audience to truly experience it as a failure? We could also discuss about the revelation of the climax. Do we want to announce beforehand to enhance intrigue or we prefer to reveal it right away enhance surprise? What if the spectators anticipate the ending? Do we want them to do it? I would like to go deeper in this subjects but I’ll leave it for another occasion.

Now I would like to break down and talk a little bit of the structure of Tommy Wonder’s “Tamed Cards”, his version of Peter Kane’s classic plot “Wild Card”. In case you don’t know it please watch it, I am sure you’ll enjoy because is wonderful.

Even though everything flows naturally there is a lot going on from the dramatic structure point of view.

NOTE ON PERVERSE MAGIC: A few years back a close friend of mine, Jaime Figueroa, who is an extremely talented magician, comedian and illustrator, and myself conducted a research project on Perverse Magic, we presented it to the magic community at Arturo de Ascanio’s Memorial in 2013. Much of the content of this article was contained or inspired in the Lecture notes/booklet we prepared for the event in which we discussed the topic in detail. I hope someday we will translate to English.

I think the routine contains as many lessons in magic as one is willing to find, here I resume briefly the ones I have found:

I think Tommy took the Wild Card plot and made a beautiful composition out of it, a unique performance piece and a very personal magic routine. I do recommend you to check all the subtleties and mechanics of the routine as is described in detail his books. However, if you feel tempted to include as it is it right away in your repertoire, please read these words first.

“… I enjoy reading books of tricks, but never with the intent of finding new material to perform. I see such books as sources of knowledge, and occasionally even inspiration… My approach is like a painter taking pleasure in a book of art… It would seem very strange for a painter to look in art books for paintings to copy. Can you imagine? “I am a real painter. I paint what others have painted before me” or “Sure, I do copies. But, hey!, I found the originals in an art book. For what other reason would my colleagues publish their work if not to teach me how to paint their paintings?“ Yes, you can look at it in that way, even make a defense of a sort for the practice but what a poverty!”

FEBRUARY 2015:
ON HOW WE CHOOSE OUR REPERTOIRE (OR HOW IT CHOSES US)

When it comes to choosing routines and effects for our repertoire there are a diverse criteria we can follow. Maybe be we have been working a technique or a new gimmick and we want a routine where we can use it. Maybe we choose a routine because it uses a different prop and we look for more variety of elements…

JANUARY 2015 EXTRA:
IT IS MAGIC ACTUALLY A PERFORMING ART?

This is a somewhat unusual article and I don’t know to what extent it has any value. I am aware this beginning does not encourages you to keep reading but it is already written and there is nothing we can do about it… The thing is that I intend to question (or question myself) three of the most common advices…